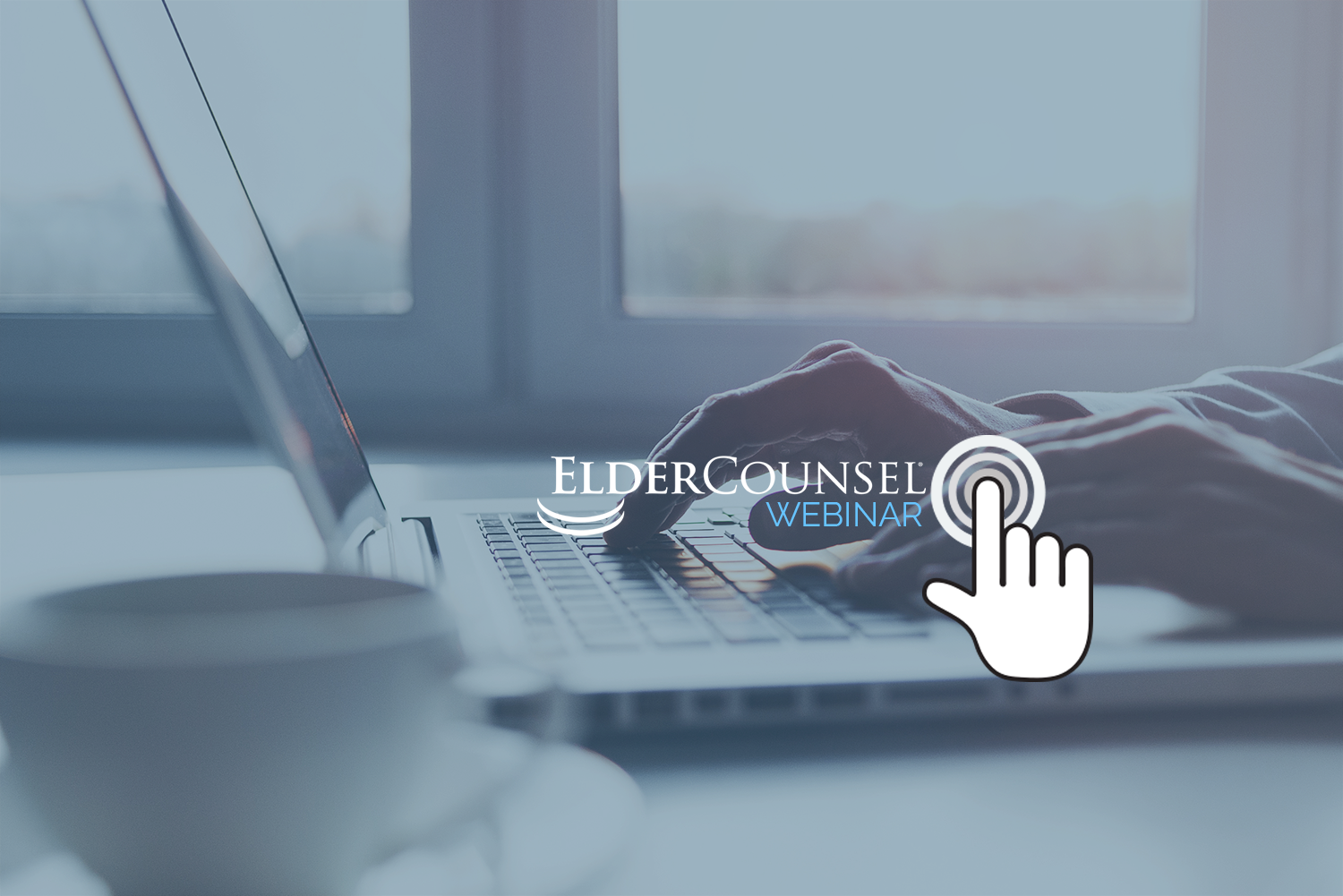 Keeping it Simple for Clients: A Streamlined Healthcare Directive

THIS WEBINAR STARTS IN

What You’ll Learn in This Webinar

The importance of stating your wishes can’t be emphasized enough. However, clients often get overwhelmed when discussing healthcare directives or living wills as they are presented with difficult decisions they may not be ready to face. ElderCounsel has created a new, streamlined healthcare directive that takes the pressure off of clients having to make life or death decisions in a short period of time. Join us on May 29 at 1:00 pm ET/10:00 am PT for a 30 minute webinar on this new document, including:

Can't make the live webinar? Register and we'll send you the recording following the event.

Brian joined ElderCounsel in February of 2008 and serves as Director of Law and Technology.  Prior to joining ElderCounsel, Brian was the Director of Technology for WealthCounsel, ElderCounsel’s sister company.  Brian practiced estate planning law in California for several years before joining WealthCounsel.  He has a keen interest in HotDocs development and helping members make the most of the software.

Brian’s primary role with ElderCounsel is the creation and maintenance of ElderDocx®, ElderCounsel’s elder law document drafting system, as well as website and other technology management for ElderCounsel.

Save Your Seat Now!